Why Are We So Afraid Of Negative Feedback? 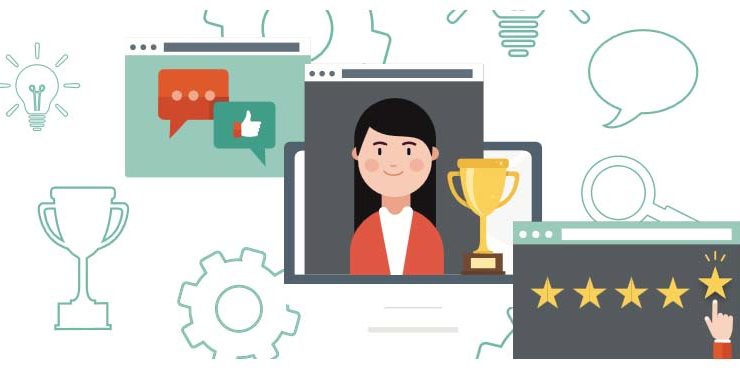 Jack has been with Global Banking for six months now. His probation period is almost over. Jack is a nervous, 23-year-old, fresh out of university and in spite of what his friends and family said, he had landed his dream job of working at the financial giant. Monday morning rolls in and Jack walks into his tiny cubicle with his backpack tucked under his arm. “Psst Jack, the boss wants you in his office at 11”, his colleague Calum says quickly as he passes Jack’s cubicle. “Ok thanks”, Jack whispers. For the next two hours, Jack cannot focus on the task at hand. He nervously shifts in his seat and feels anxious. He drinks a cup of tea, and then another. He attempts to reflect on all his achievements in the past few months. Had he done something wrong? He thinks of possible questions his boss could ask. “How can I convince him to make me a permanent staff member? What would he say? What is the best way to react to criticism?”

As Jack painstakingly prepares for his post-probation interview, Dennis paces up and down his office. Dennis has been the senior manager of the leasing division of Global Banking for several years now. No matter how much of experience he has in conducting feedback sessions, interviews, post-probation talks, exit chats, and numerous uncomfortable chats with his team, he still found it difficult to express himself in a manner that is neither too confrontational nor too indecisive. “Jack is a great kid. He seems a little nervous at times though. He works hard, he is committed, but he is just not right for the job”, Dennis thinks. Dennis gives little thought to why he believed Jack was unsuitable for the job.

At home, Dennis’s wife, Grace, sits on the patio feeling sad. She feels like her marriage of 12 years is falling apart. Dennis has hardly been at home since early this year. In the past few months, he has missed all family events. She knew he loved her, but she couldn’t help feeling like a single mom. In the past, she has tried to talk to him about it, but he has always dismissed her, saying “oh honey, you know I love you” or given her a reassurance saying “I will do better, I promise” but nothing had changed. Grace wondered why hewasn’t hearing what she was saying. She felt disappointed and hopeless. How do I get him to listen to how I feel?

Feedback! Oh the very important, but painful thing that breaks seemingly great relationships, well at least we assume so. No one wants to hear feedback! Well, if it’s positive, then of course we want to hear it. But why are we so hesitant to give and receive negative feedback?

From an evolutionary point of view, this is for survival. Negativity à threat à react! Sensing an attack triggers our body’s natural fight or flight mode, increasing the amount of stress hormones – predominantly adrenaline – released to the bloodstream, quickening reaction time and heightening our emotions. The experiences that trigger these reactions become etched in our brain so we can react to dangerous situations faster. This is why we tend to remember negative experiences more than positive ones. Also, this is exactly why we may pay more attention to that one piece of negative feedback compared to the many complements we receive.

“If my boss criticizes something I do, this means I am a failure”

“He said I need to work on my communication skills, I am a terrible employee”

Self-esteem is also related to giving and receiving feedback. Research shows that people with low self-esteem are reluctant to give and receive negative feedback. Several other cognitive and personality traits are related to our receptiveness towards feedback. Those who display high levels of emotional intelligence, have a more open personality, those who were self-aware and reflective were more receptive towards negative feedback as they believe it will improve their overall performance.

Finally, society also has taught us from our childhood, to rejoice in positivity and tip-toe around negativity. We are socially conditioned to avoid giving and receiving negative feedback. Even when we do, we sugarcoat it so much that the listener might not understand what we are saying and focus on action points.

Linking back to the evolutionary perspective, negative feedback can also trigger a sense of exclusion from a social group. “You said that I did this badly, therefore, you don’t like me anymore”. This phenomenon is true for feedback giver as well as receiver. When we see one negative thing about someone, we may feel like it cancels out all of their positives. If someone whose opinion is important to you tells you something negative, you may feel like a failure. In collectivistic culture especially, we are more likely to base our self-esteem on others’ opinions of us. We simply do not like to be disliked.

The stories of Jack, Dennis and Grace are not uncommon. Whether it is in a professional environment or within a personal relationship, we can be afraid of negative feedback. But now that we are aware of why this is so, in the next series of articles let’s take a look at how we can work on the fear of giving and receiving negative feedback.

Why COVID-19 is Telling Us that We are Outdated: A Time to Revisit the Education System – by Rozaine Cooray & Jessica Fernando
June 3, 2020